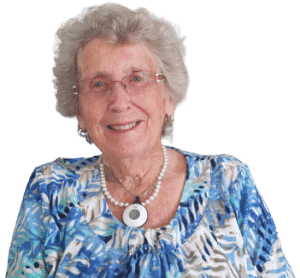 I hadn’t been feeling well and went to bed as usual. I woke up three days later in hospital having no idea why I was there and feeling very scared and confused. I later found out that I had a severe kidney infection and during the night had pressed my pendant.

Even though I don’t remember activating the pendant, it saved my life.

I was later told that SECURELY had responded to the activation and not getting a response from me had alerted emergency services, the Village Manager and my family.

We use cookies to ensure that we give you the best experience on our website. If you continue to use this site we will assume that you are happy with it.OkPrivacy policy